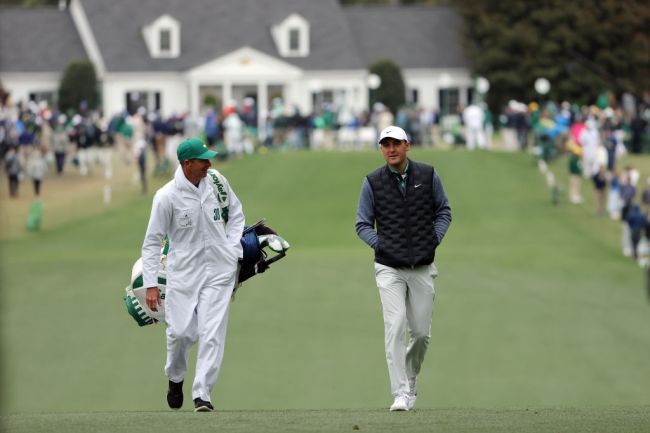 On Thursday morning it seemed like there would only be one story at The Masters that most sports fans would care about. With Tiger Woods miraculously being ready to play in the tournament just over a year after nearly losing his leg as the result of a car crash, there didn’t seem to be much room for other stories.

Then Scottie Scheffler took the tournament over. Scheffler has been absolutely unbelievable in his first 3 rounds of the tournament, shooting a 69 in round 1, 67 in round 2, and shooting -3 today. He currently holds a 5 stroke lead over the field.

While his incredible play has been the big story in this tournament, there has also been another reason fans are talking about him today.

Scheffler has had an odd ritual throughout today’s round. He has been putting on a vest between shots only to remove it before his next shot. Fans are not enjoying this ritual.

Scottie Scheffler taking his vest off before every shot…#Masters2022 pic.twitter.com/wu5QmrLoB8

“leave me on or leave me off”
-Scottie Scheffler’s vest

If Scheffler continues to play this well, maybe we’ll see more golfers give this a try.