Saint Peter’s pulled off the biggest upset of the tournament so far on Thursday, taking down Kentucky 85-79 in overtime.

Now the Peacocks get the reward of playing one of the best mid-major teams this season — Murray State hasn’t lost since Dec. 22.

The Racers almost had one of the worst collapses of the tournament, as they were leading by nine with under two minutes left before needing overtime to beat San Francisco.

The Racers now have a path to get to the Elite Eight, but need to avoid overlooking Saint Peter’s, similar to what happened to Florida last year against Oral Roberts.

Listen, the Peacocks should have lost to Kentucky and were incredibly fortunate to get by, but they attack the rim at the highest frequency in the country.

That is problem for Murray State. The Racers are allowing over 59% on shot attempts at the rim, which is outside the top 200 in college basketball. They’re also 335th in defending post-up sets.

Saint Peter’s runs a five-out cutting offense that has given some teams problems this season, especially if its opponent isn’t ready for it.

Murray State is 278th in the nation in defending cuts, per ShotQuality. So, I think Saint Peter’s offense will be able to score efficiently.

Saint Peter’s will also need to slow the pace down and play this game in the half-court, similar to what it did against Kentucky.

The Peacocks are 284th in terms of their average possession length on offense, per KenPom. That is key in preventing this game from turning into a track meet, which is what Murray State wants.

The reason the Racers are so good is because of their transition attack. They have 76th-highest frequency of possessions in transition, with the fifth-best PPP in the country, per ShotQuality

Saint Peter’s is top-35 in PPP allowed in transition. The Peacocks also held Kentucky to only 1.09 PPP in transition, which is actually pretty close to their average for the season.

When they’re in the half-court, the Racers run a ton of off-ball screens (21st-highest frequency in the country and top-15 in PPP).

Saint Peter’s is top-70 in defending off-ball screens. So, Murray might have some trouble scoring efficiently on the offensive end of the floor.

With that being said, Murray State is very good in terms of its shot selection. It hardly ever turns the ball over, and it crashes the offensive glass at an incredibly high rate. 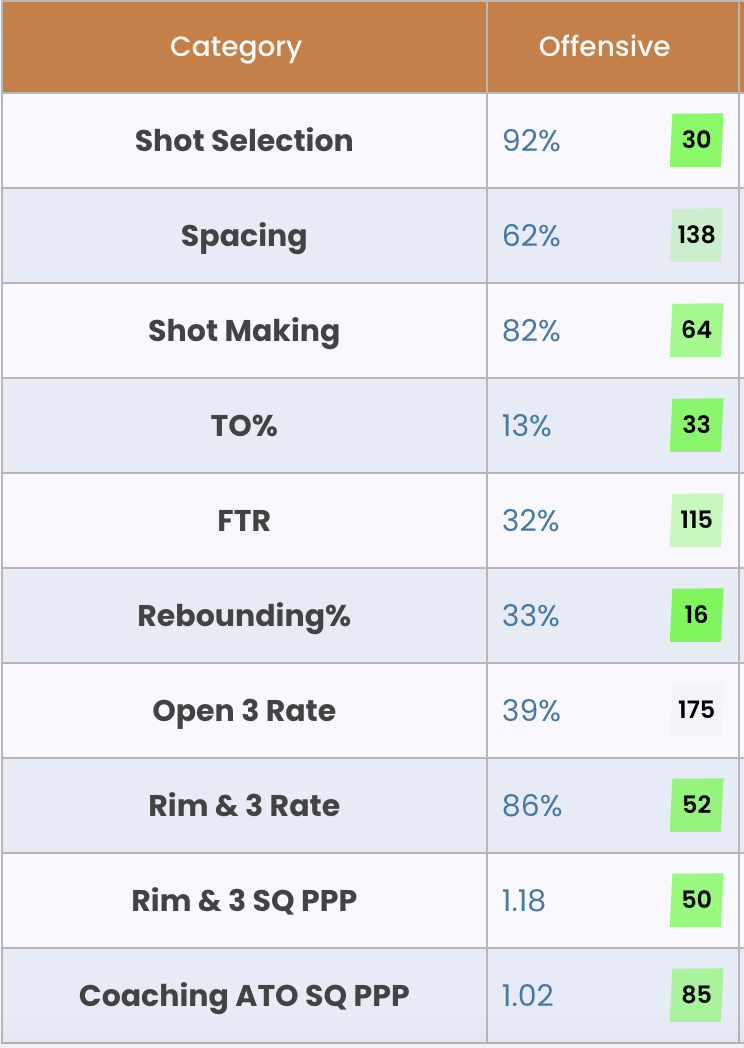 The history of 15 seeds winning in the second round after pulling off a massive upset isn’t great, but Florida Gulf Coast in 2013 and Oral Roberts in 2021 shows that it is possible.

It’s also possible in this matchup. Saint Peter’s defense has been great all season long, especially defending in transition. Also, the Peacocks can attack the rim against a pretty weak Murray State rim defense that allowed 42 points against San Francisco in that area.

Another thing in support of our Saint Peter’s play is the ShotQualityBets.com model is only making Murray State 3.7-point favorites based on over 40 ShotQuality variables. For 10% off ShotQualityBets’ March Madness Package, here’s promo code: ACTION

How would you rate this article?