Dwayne Haskins was killed on a Broward County interstate just two days ago. The former quarterback of the Pittsburgh Steelers was in town, joining recently signed quarterback Mitch Trubisky and others for some early spring training.

NFL insider Albert Breer was a recent guest on Tea Rich Eisen Show and had these glowing words to say about the departed former player:

“But, you know, he had a big heart. He was well-intentioned. He wanted to do the right thing. You know, I kind of have a soft spot for a kid, for guys like this that are that age. Where they almost sometimes have to mess up on their own to figure it out. And I think Dwayne was one of those kinds of kids that had a huge heart, wanted to do right, and wanted to be great. And all those different things. Maybe it came along a little slower with him at times because he had to kind of see it for himself.” 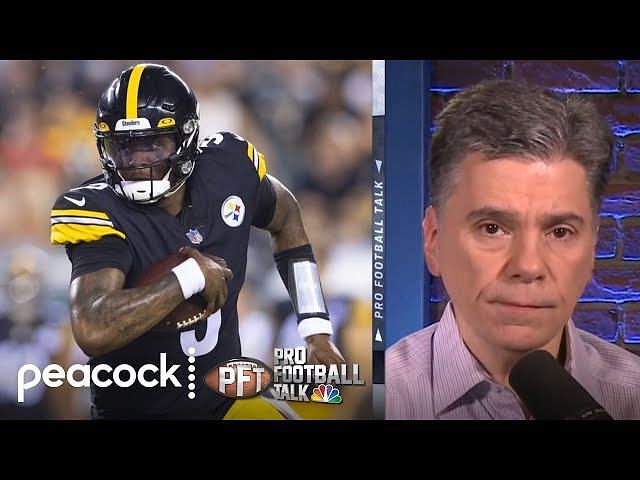 At the time of his death, Haskins was developing into one of the brighter stars of the future of the league. His death saddened many across the league as well as across the country.

The Pittsburgh Steelers signed the former Ohio State Buckeye great in January 2021. The head coach, Mike Tomlin, released the following message of condolence for the former player and his family.

A statement from Steelers’ HC Mike Tomlin on the tragic death of Dwayne Haskins:

A statement from Steelers’ HC Mike Tomlin on the tragic death of Dwayne Haskins: https://t.co/cqvgqekvnJ

What legacy does Dwayne Haskins leave behind?

Dwayne Haskins was drafted by the (then) Washington Redskins in the first round of the 2019 NFL Draft out of Ohio State University. The former Buckeye is a legend in his own right for OSU.

In the 2018 season for Ohio State, the former quarterback racked up just about every significant passing record available in the Big Ten.

He still holds the Big Ten record for most touchdowns in a season (50) and eclipsing the 4,000 yard passing mark (4,831). He was able to complete an eye-popping 70 percent of his passes and was named MVP of the 2019 Rose Bowl game, and of the Big Ten championship game.

To put a bow on his magnificent 2018 season, he finished third in the Heisman voting that year. Haskings also beat out Cincinnati Bengals’ star quarterback Joe Burrow for the starting job while at Ohio State University.

Haskins was with the Washington franchise from 2019-2020 and was then signed in January 2021 by the Steelers. He was able to sit and learn behind Steelers legend and future Hall of Fame quarterback Ben Roethlisberger, who also pinned a heartfelt tribute to his former friend and teammate.

Dwayne Haskins taught us all that message. Rest in peace, young king.