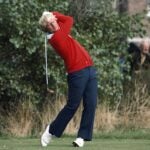 As a young junior golfer, I had the privilege to watch my idol, Jack Nicklaus, up close. I saw him play the Masters each year in person, later worked for him at the Nicklaus-Flick Golf Academy. Now, I’m the director of instruction at the course, Scioto Country Club, where Jack learned the game.

My opportunity to get to know him and learn from the greatest player and competitor of all-time benefits me in countless ways every day. It’s always puzzled me how I’ve never once heard the “experts” say Nicklaus, the best player of all time, had the best swing of all time.

I do hear them say, “He had a flying right elbow” or “His backswing was too long.” And the ultimate: “He had a reverse C and lifted his right heel.” Yet he won more majors, had more seconds, more top 5s and was golf’s greatest player longer than any other player ever. His Hall of Fame instructor Jack Grout taught “Jackie Boy” to hit it as far as possible long before today’s “bomb-and-gouge” crew came along.

In 1980, the first season that the PGA Tour kept statistics on players, Nicklaus was 40 and a bit past his prime, yet he was still the Tour’s longest, straightest driver.

Check the notes below to learn from the GOAT’s fantastically powerful and accurate technique — and drive it like never before. 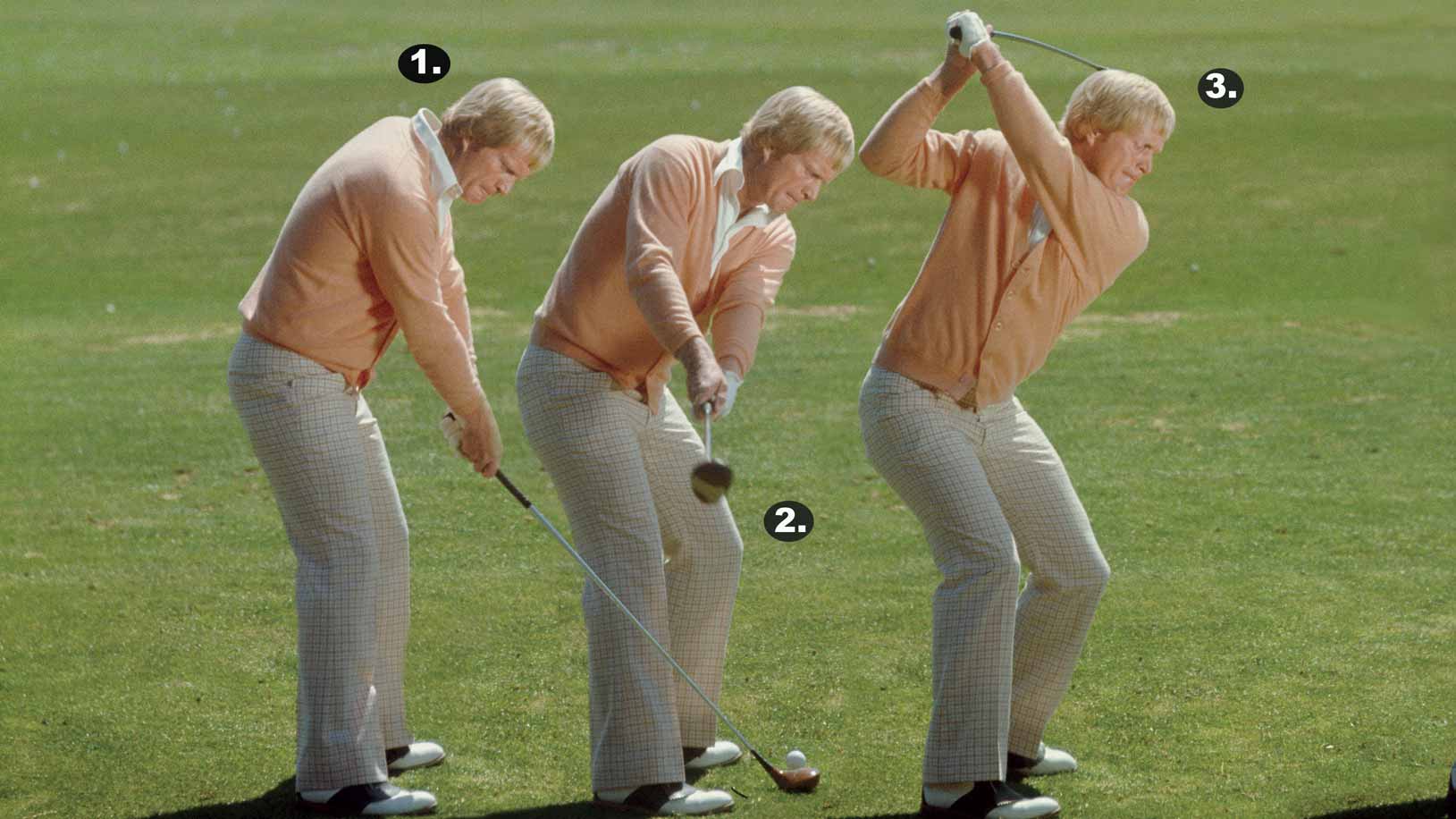 Jack sets up to the ball with a nice bend from his hips with his arms hanging comfortably from his shoulders. His shoulders, arms, hips, knees and feet are all square to his target line. Although it’s tough to see in this photo, Jack worked diligently on a perfect grip.

One of my favorite things about Nicklaus’ swing is how long he keeps the club and his arms traveling along his target line. This one piece takeaway keeps his clubface square to the target and his club on the perfect plane.

wow! This top of the backswing photo explodes with power. Jack has pivoted his hips so beautifully while not swaying or moving his head. He’s allowed his arms to fully swing to the top with a dead square face angle. A bomb is in the works!

Here we see something rarely talked about: Jack’s balance. The pressure points in his feet are through the balls of his feet. By not over-twisting his hips or torso, he maintains enormous ground force to drop the club into the “slot.”

The moment of truth! Here Jack shows how to apply all his coil, wind and swing to impact at the right time. He sustains his posture so beautifully by allowing his shoulders, core and club to arrive at the ball simultaneously. (Simultaneous is a feeling, not a reality.)

Nicklaus’ arms are fully extended while his right shoulder and right hip are “chasing” down the fairway. A major point for rec golfers to copy is how Nicklaus allows his right foot to come up so it doesn’t stop anything above it.