AVONDALE, La. — On the 16th tee box, Billy Horschel and Sam Burns sat just two shots back of Xander Schauffele and Patrick Cantlay. The par-4 was driveable during Sunday’s final round of the Zurich Classic of New Orleans and Burns had a crack at it.

His ball found the water.

Unsure of where it went in, the group had a lengthy discussion on whether or not the ball crossed near the green or if they would have to drop it back in the fairway.

Horschel claimed that he saw the ball bounce first — which video replay backed up — before going into the water, and that would only be possible if it did so above the red hazard line.

Watch the full interaction below:

Billy Horschel and Sam Burns discuss a drop after their tee shot finds the water on No. 16. pic.twitter.com/4kYXbSscdv

“So from where we were, Sam pulled his drive a little bit and it was coming back,” Horschel said after the round. “Conversation was did it land above the red line. Well, I saw a ball land and bounce. From the tee box and everything, you really can’t see the red line.”

Then Horschel carried on.

“It’s going to take a couple bounces. From what I saw and not being able to see the red line and where the red line was, I couldn’t see below that from the tee box when I got up there, so I figured that ball had to land up on top of the red line. We asked TV and everything, and TV didn’t have clear-cut evidence.

“Travis, his caddy, saw the ball bounce. I’m one to play it safe, but I was pretty confident that ball landed above the red line.”

The pair eventually took their drop near the green where Horschel then chipped the team’s third to two feet and was able to escape with par. 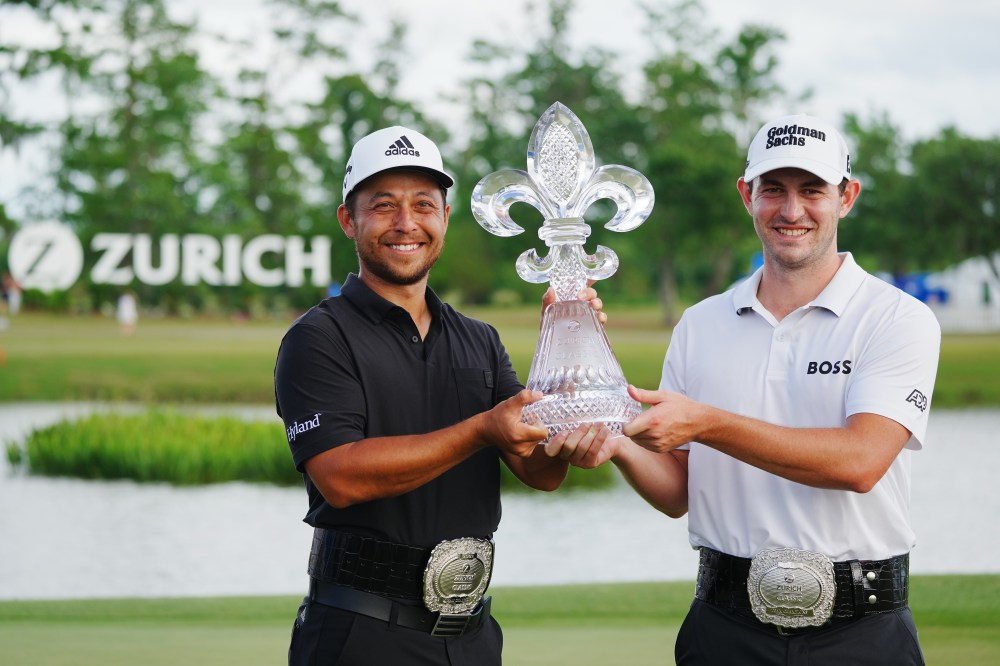