With March Madness in the books and the NBA Playoffs already in full swing, the NBA draft is going to be here before we know it.

It was an overall disappointing season in Baton Rouge. After a strong start, the team limped into the NCAA Tournament as a No. 6 seed and was upset in the first game. That came just a week after the dismissal of coach Will Wade.

But in spite of the frustration, there was one bright spot for the Tigers: the play of Cincinnati transfer Tari Eason. The sophomore forward became an immediate star in the SEC, winning the conference’s Sixth Man of the Year award and was one of 10 semifinalists for the national Defensive Player of the Year.

He’s a projected potential lottery pick in the 2022 NBA draft, and per the latest odds from Tipico Sportsbook, he’s among the 10 players most likely to be taken with the top pick. Here’s how the full top-10 breaks down. 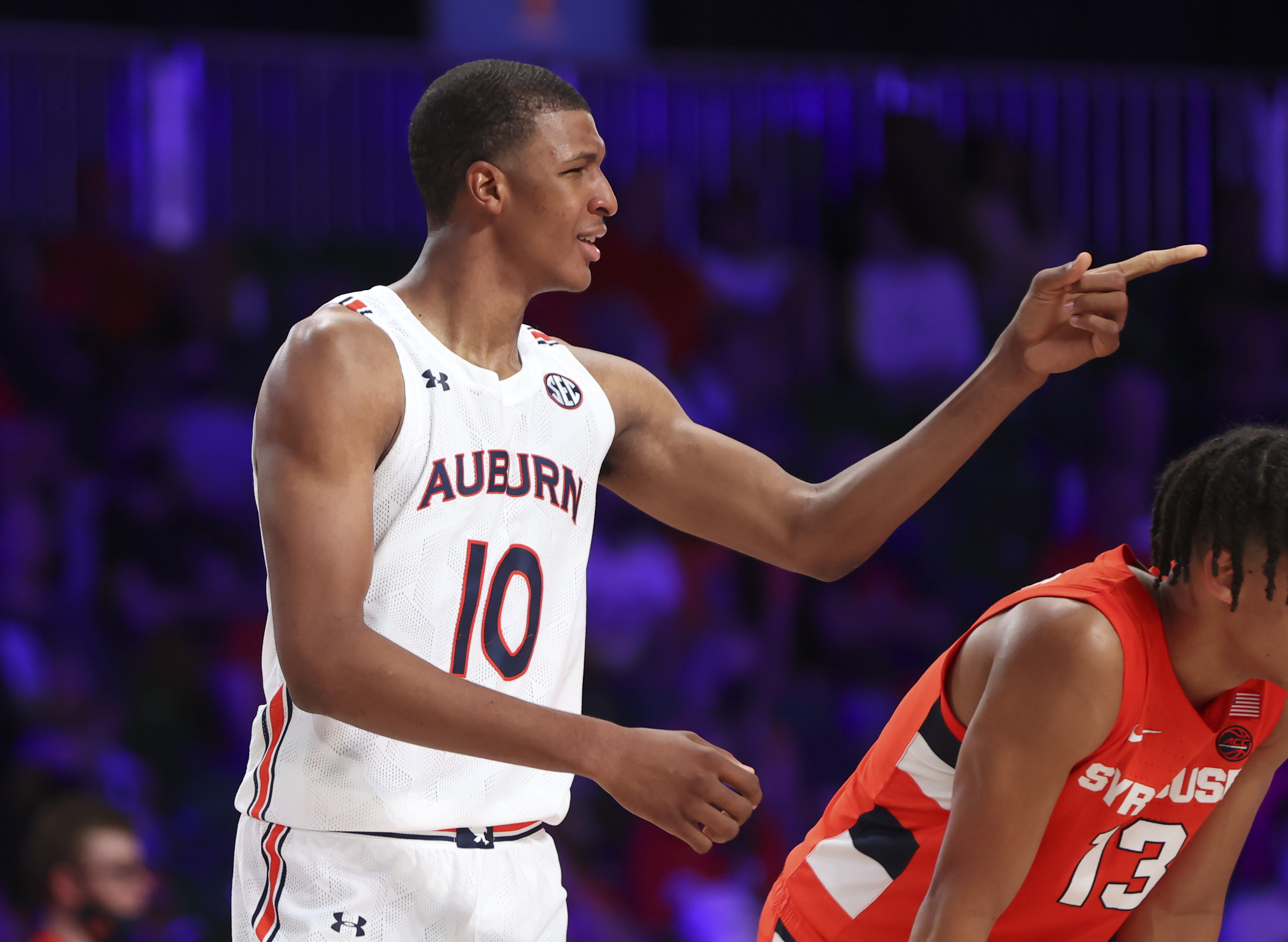 The Skinny: After one dominating season at Auburn, the former five-star recruit is the current betting favorite to be the first overall pick. He’s drawn similarities to players like Kevin Durant given his size and scoring ability from all over the place. 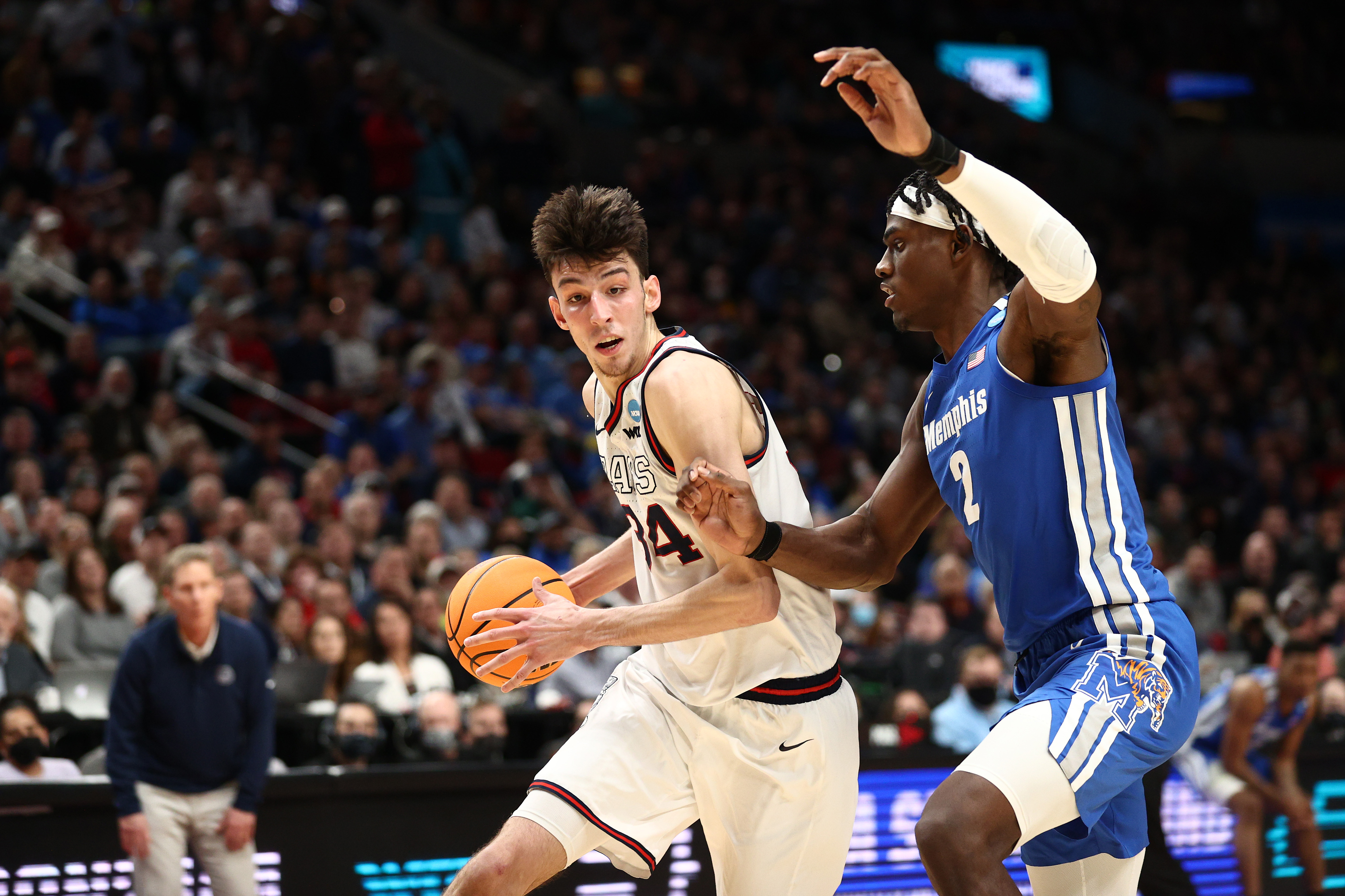 The Skinny: Holmgren certainly has a unique build for a potential top NBA prospect, but he was the No. 1 recruit in the country for a reason. He’s a brick wall inside defensively due to his size and length, and he’s a very solid offensive player with a nice shooting range, as well. 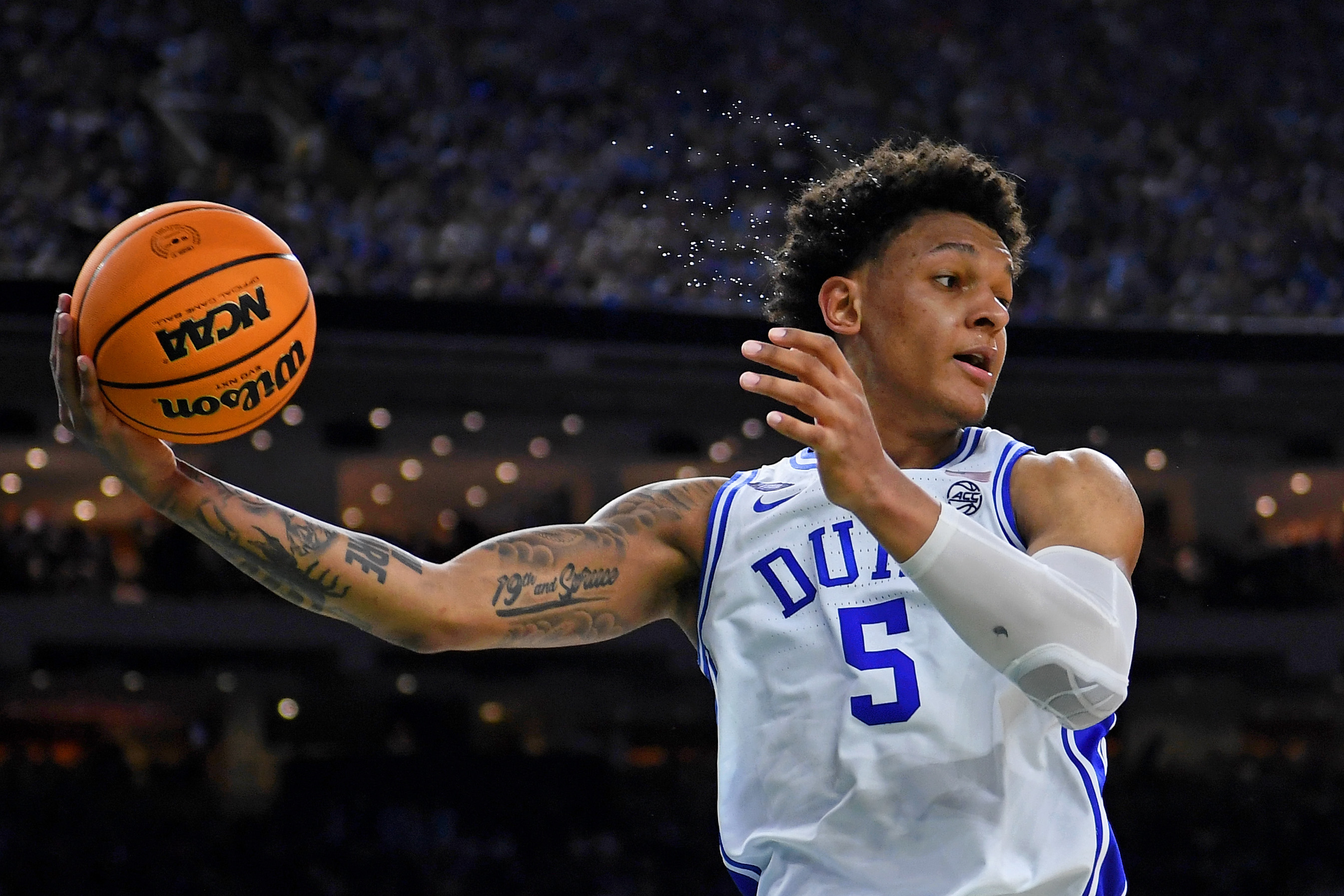 The Skinny: Banchero sat just behind Holmgren in last year’s recruiting rankings, and he was the best player for the Blue Devils during Coach K’s final season, as he was expected to be. That should translate to a high pick in June’s draft. 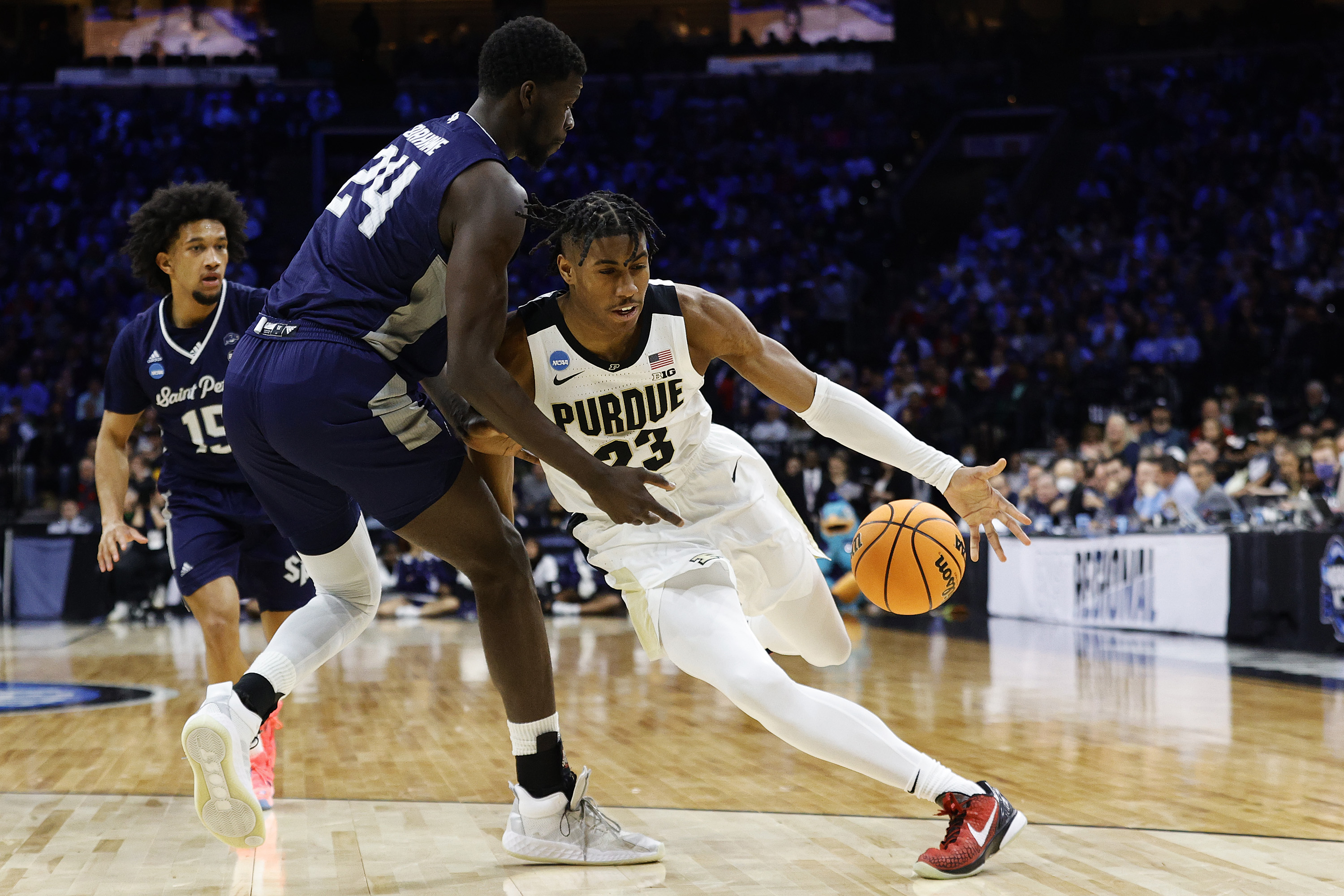 The Skinny: In all likelihood, one of the above players will be the first pick, and there’s a major dropoff here. However, a breakout sophomore season in which Ivey earned First Team All-Big Ten and Second Team All-American honors has made him a likely top-five pick. 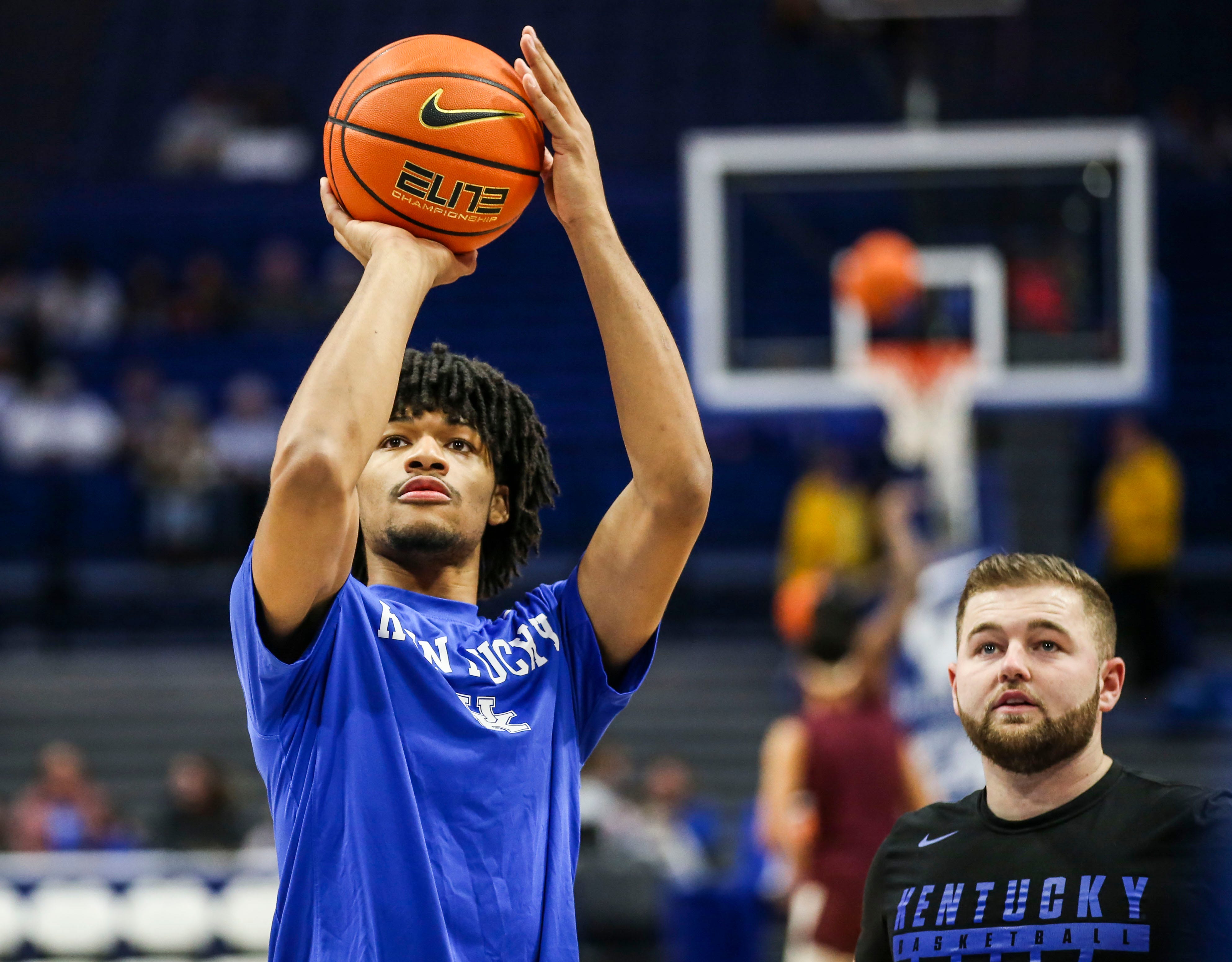 The Skinny: Sharpe was the No. 3 recruit behind Banchero and Holmgren after reclassifying from 2022, where he was the top prospect. He ended up sitting out the year at Kentucky, but he could still find himself as one of the first players off the board. 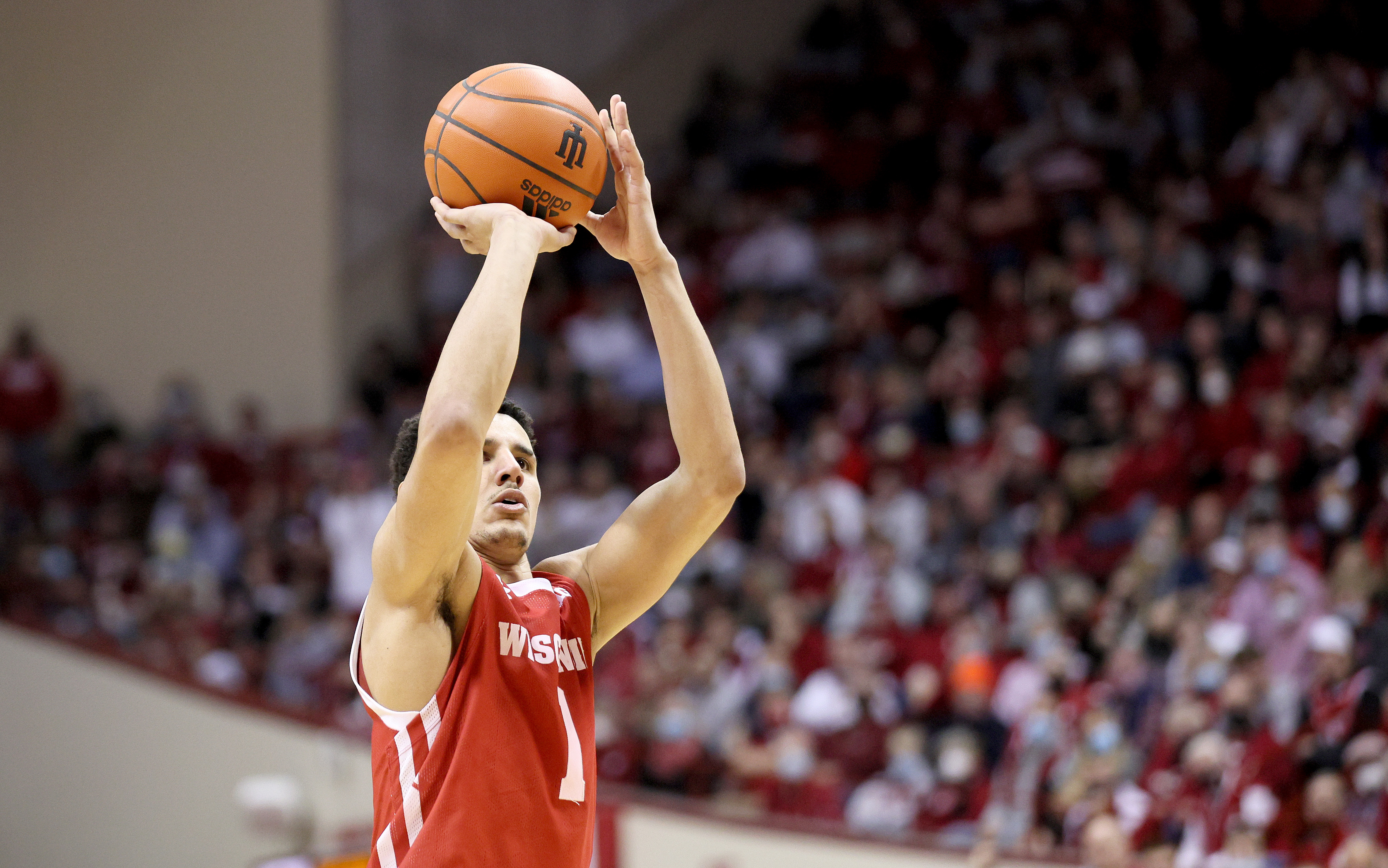 The Skinny: Another player who had a breakout second year, Davis averaged 19.7 points for the Badgers this year. He was named a First Team All-American and won the Jerry West Award for the nation’s top shooting guard. 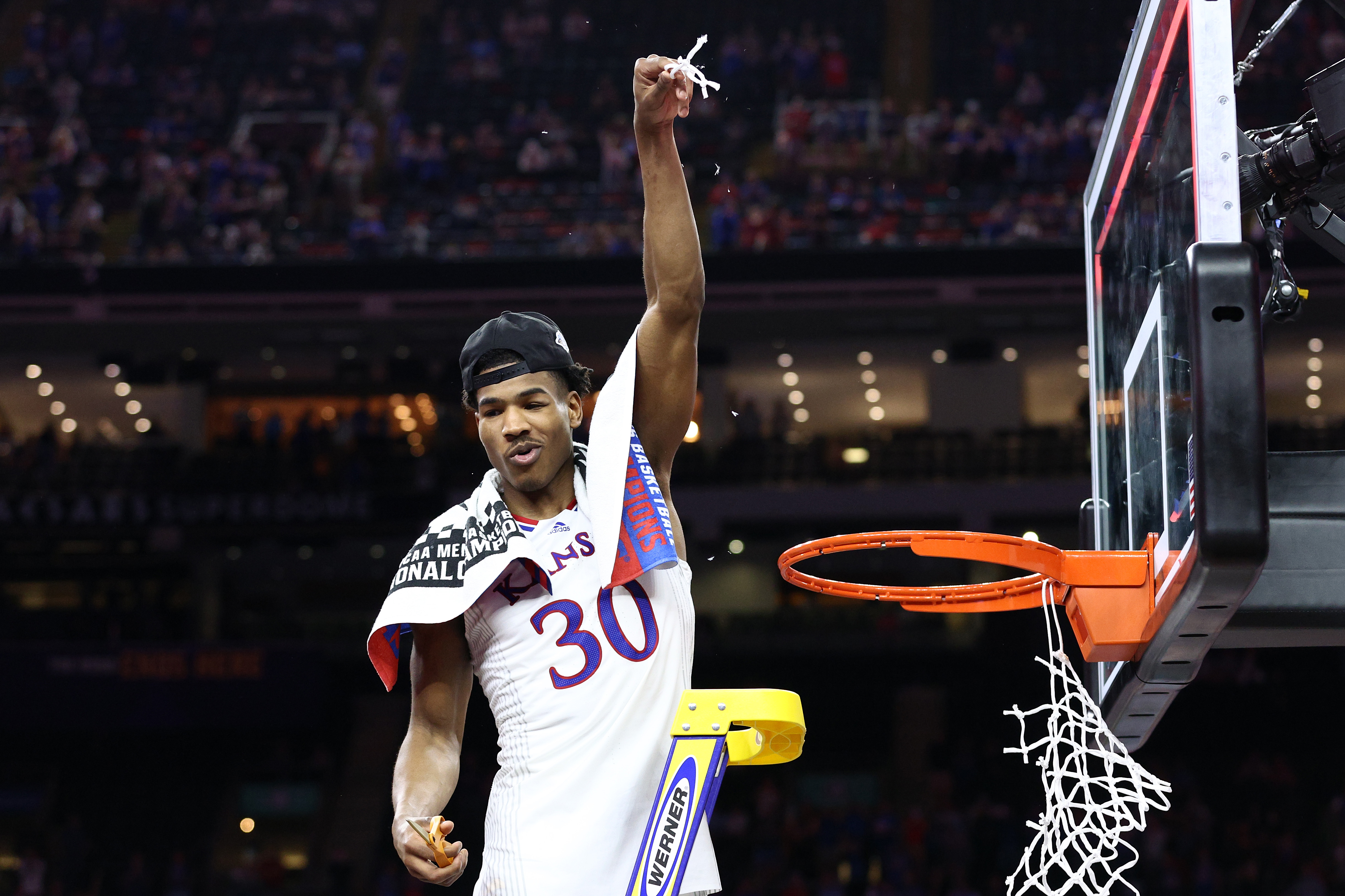 The Skinny: We’ve arrived at our first upperclassman on the list in Agbaji, who was the on-court leader for the Jayhawks during their national title run. After three years of averaging double figures scoring, a career-best campaign has finally earned him the attention he deserves. 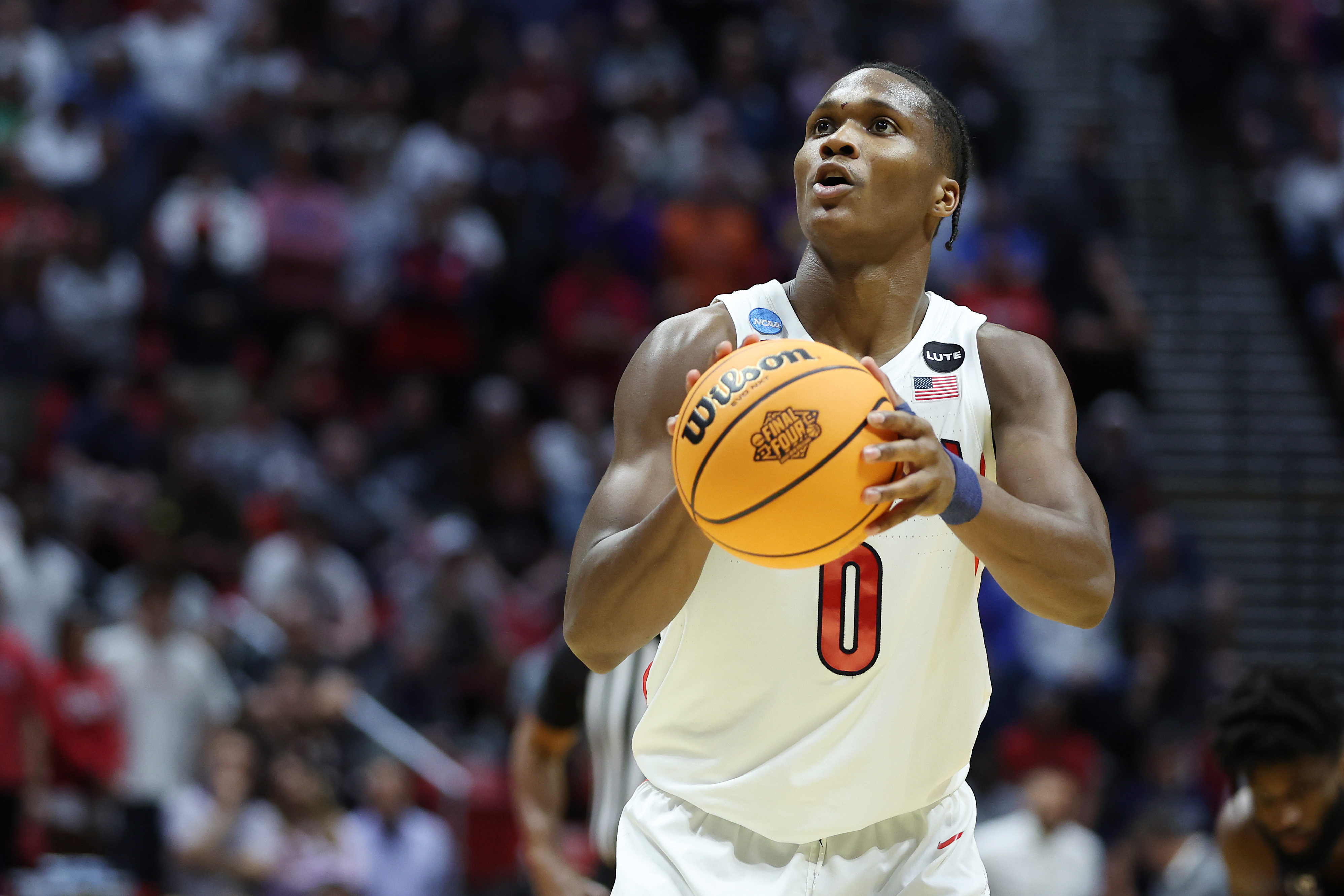 The Skinny: The Quebec native led one of the most impressive turnarounds in college basketball this season at Arizona and earned Pac-12 Player of the Year and Second Team All-American honors in the process. 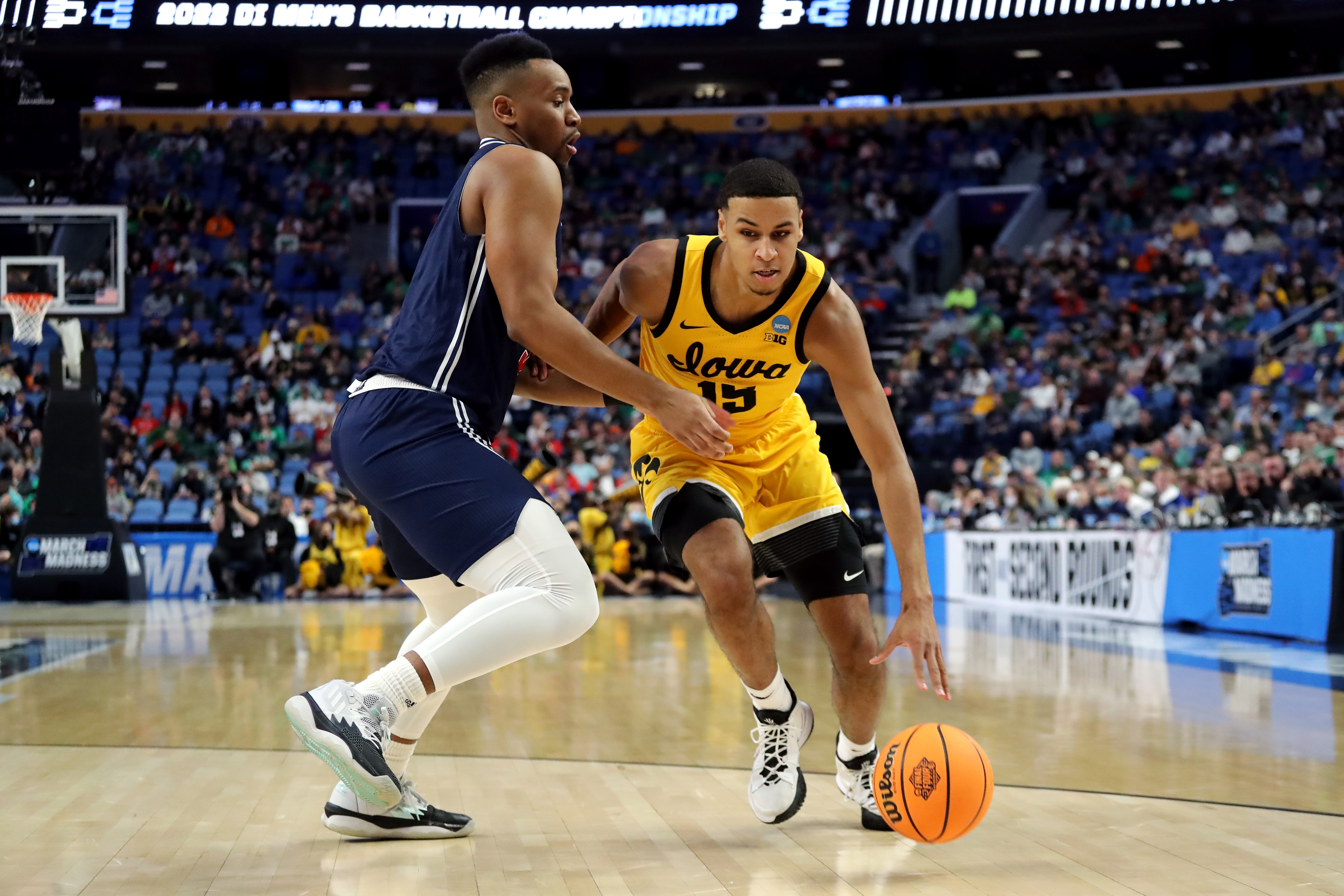 The Skinny: One of the nation’s most improved players, Murray — a former three-star recruit — went from averaging 7.2 points to 23.5 points this season for the Hawkeyes to go with 8.7 rebounds. He earned the Karl Malone Award for the nation’s top power forward in addition to First Team All-American and Big Ten honors. 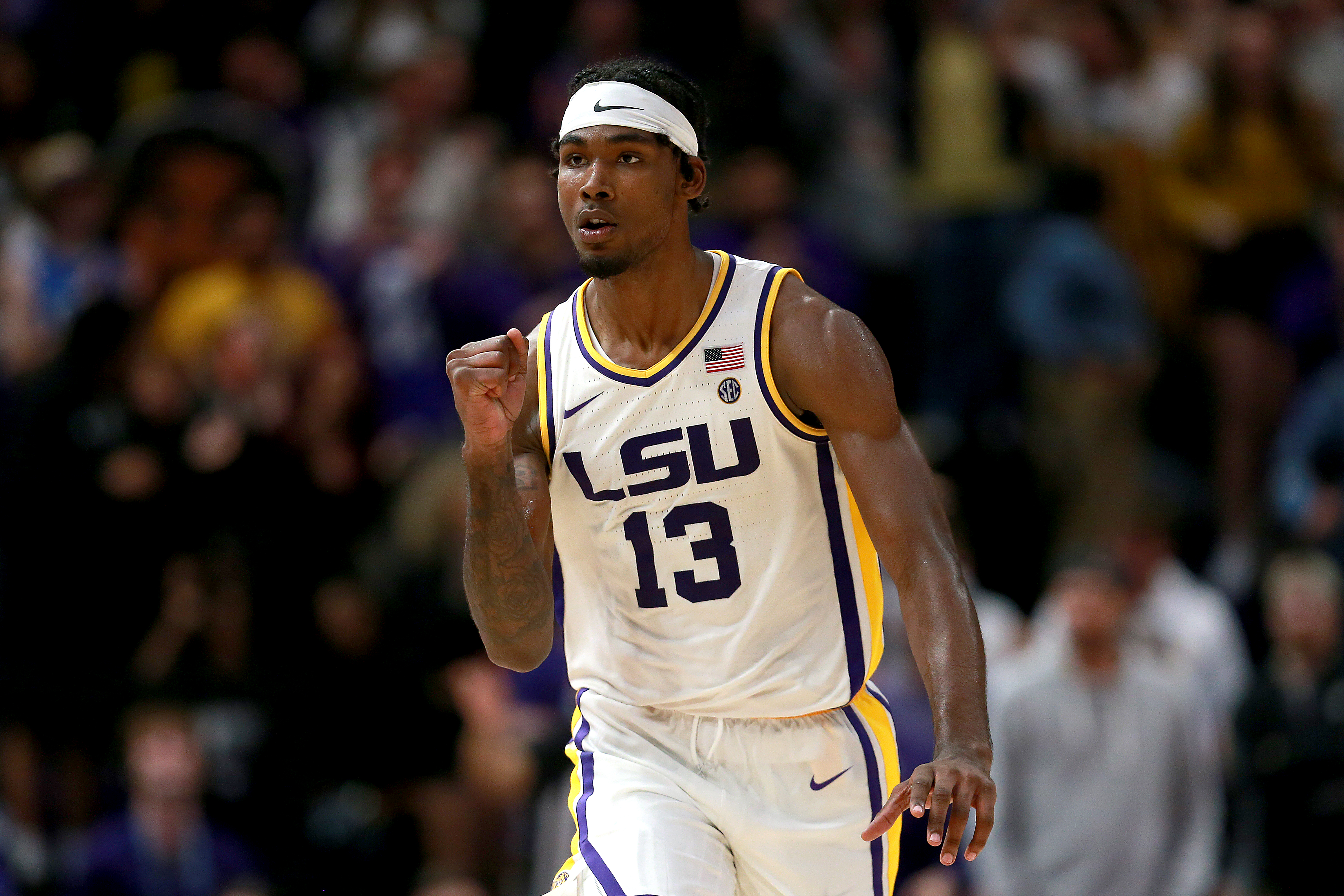 The Skinny: It’s certainly a longshot for the former LSU star, but regardless, he should find himself off the board relatively early in the first round. He led LSU in scoring this year while dominating on both ends of the floor. He’s an incredibly difficult player to match up against, and if he can get his fouling under control, he could be a force in the NBA.


Gannett may earn revenue from Tipico for audience referrals to betting services. Tipico has no influence over nor are any such revenues in any way dependent on or linked to the newsrooms or news coverage. See Tipico.com for Terms and Conditions. 21+ only. Gambling problem? Call 1-800-GAMBLER (NJ), 1-800-522-4700 (CO).